At Ferndale, we want geography to provide a way of looking at and understanding our world by focusing on what places and the environment are like, why they are important to us, how they are changing and how they might develop in the future.

Each year group will build on previous knowledge through exciting topic-based learning, resulting in a secure understanding of key facts about our planet and their local surroundings.  As they progress, they will begin to develop a deeper understanding of such areas as human impact; why differences exist both physically and socially and how they might continue to change.  They will also develop their fieldwork and map skills.

As our learners begin to understand their place in the world, we hope they will develop curiosity, compassion and a sense of responsibility, which will enable them to become independent thinkers who can ask questions about, and consider solutions to, human and environmental issues both locally and globally.

Pupils should develop knowledge about the world, the United Kingdom and their locality. They should understand basic subject-specific vocabulary relating to human and physical geography and begin to use geographical skills, including first-hand observation, to enhance their locational awareness.

Pupils should be taught to:

Welcome to Kids Geography! Geography is the study of the Earth as it exists today...

Our geography for kids will transport you to some of the planet's coolest countries... 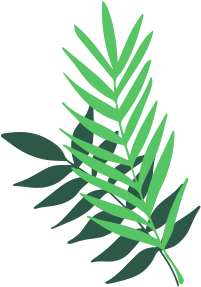